The Age of Miracles by Karen Thompson Walker

Can you believe I'm reviewing a Hot Off The Shelves New Release??  Maybe this occurrence isn't as crazy-rare as it feels, but it does feel to me like this is the first new release I've read in a while (pls excuse my exuberance).

Even if you've had your head buried in the sand (like me) you've likely heard of this book.  Which explains my disappointment when I heard it was going to be featured in the next Indiespensable shipment (ugh, hype and all that jazz.)  Fortunately, those kind folks did an incredible job putting together a fun package - the best one recently - beautiful hardback, purty dust jacket, lovely slipcase, "survival" goodies.  Okay, maybe I wasn't miffed after all.

And now, on with the book, right? The premise is interesting: a California girl and her family try to adjust to the one global calamity they had never considered, as the earth's rotation begins to slow.  Sounds science-fictiony, yet - as my husband declared - The Book Is Way Too Short To Explain Everything...it's really more about the people, how they adjust and react.  Sounds like my sort of thing after all!

There was a lot that I enjoyed about this book.  I found the writing to be enjoyable, the premise piqued my interest throughout the book.  However, there were a lot of little things that bugged me, making this more of an "enjoyable reading experience" rather than a "wonderful book".   Let's bullet-point this:

Despite all those complaints, I really did enjoy reading the book.  I liked that it didn't have a super tidy ending.  I can't help thinking that the hype is do more to the politically-correct timing of the global disaster theme than anything else, but the ease of reading and the interesting story were enough to overshadow the lack of character development and other minor irritations for me.  And besides, it's a treat to look at.  That's got to count for something, right? 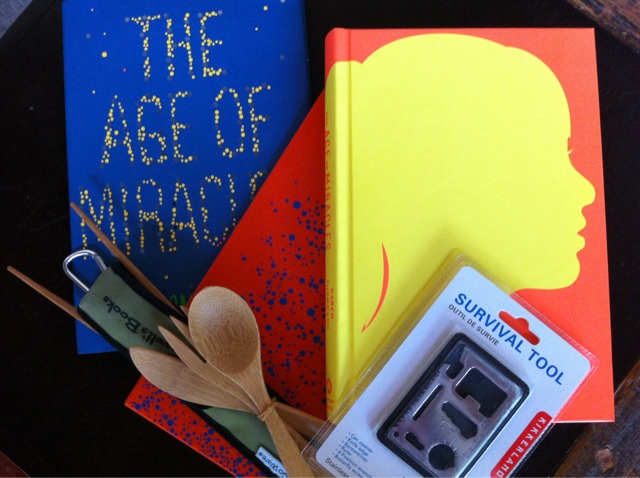