My youngest daughter is 11, and the only one remaining in my home school. I have a 19yo son that is living at home and working full time for the family business, and my 16yo son and 14yo daughter are going to a local private high school. This last year was rather difficult for everyone in our family, with our remodeling project absorbing so much time and attention, so we are looking forward to a more normal experience this school year.

Sixth grade means a couple of things for me. As the last year of elementary school, I want to make sure we are still doing exploratory, discovery, hands-on activities as a method of learning, with practical goals in mind. At the same time, being the last year before middle school, it's time to work on focus and discipline by working on some larger, longer projects.

One of the ways we will be practicing focus and discipline is by putting the cat in quarantine during school hours (so distracting!), and another is by following a preset schedule. I have the tendency to tweak curriculum and write my own, which was great fun in elementary and rather necessary during our house project, but can be hard to keep on top of. I'm excited to have Sonlight do this for me this year—it has been quite a while since I've followed a Sonlight core in its entirety.

The past few years we've been using Story of the World for history (with scattered assorted readers and read-alouds and various activities from their activity guides) and Total Language Plus for the bulk of our Language Arts. This year, moving on to American History, we will be greatly expanding the number of books we read, and enjoying having our literature and language arts tie in with our studies thanks to Sonlight Core D+E. I already own the majority of the books, though there are a few that I haven't read. I'd love to add in even more books but I'm trying really hard to not be an over-achiever, setting myself up for disaster.

For science we will be finishing up Chemistry with Science Odyssey, and adding in some science history with Hakim's Aristotle Leads the Way. We've been using Math Mammoth for arithmetic but will be adding in some Life of Fred this year for fun, and we'll continue studying spelling with Apples and Pears.

All in all, it feels like a very language-centric year and I'm excited about that. In addition to home studies, she is in an art class at a local art studio and in horse-riding lessons nearby, which we both enjoy. We don't begin until after Labor Day, but we are both looking forward to it already. Not least of all because it will mean that I will actually get some reading done!
Posted by Melody at 9:58 AM 2 comments:

A long, lazy vacation in June meant I actually got some books read.  Not the ones in queue, (too much standard Adult Fiction for my tastes lately,) but still much more than expected so I'm not complaining.  All the unpacking and organizing is taking much of my time - trying to get caught up before school starts!

My homeschooling daughter is in 6th grade this year, and I'm getting excited about our studies (maybe I'll take the time to put together a separate post about some of the books we'll be using.) Last school year was so very hectic with our house project that it ended up being a difficult and dissatisfying school year.  We are greatly looking forward to welcoming a routine back into our lives.

1 Nonfiction:
- Dead Wake, Erik Larson (4.5) While this felt a little lighter in content than the other two of his books I've read, (Thunderstruck and Devil in the White City,) I still enjoyed it quite a bit.  I had very little knowledge about the Lusitania, and now my curiosity is properly piqued...while at the same time I feel satisfied with the width and depth of knowledge imparted.  That perfect balance is my favorite way to feel when finishing a nonfiction book.

1 for Book Club:
- What She Left Behind, Ellen Marie Wiseman (3) This reminded me greatly of Lee Smith's Guests on Earth, as it focused largely on the tradition of admitting women into mental asylums with little cause at the beginning of the 20th century. The details are (of course) infuriating, knowing how much truth is behind them. One of the main faults in Wiseman's book was in writing quality. She tried to balance a modern story with one from the past, and there simply wasn't enough depth of character or plot connection to support it.  There were a lot of eye-rolling cliches and overused phrases. Unfortunately I didn't get to discuss this with my book group because I got busy cleaning and unpacking and totally spaced about what night it was.  That was a sad night.

5 Fiction:
- My Name is Mary Sutter, Robin Oliveira (4) This book felt Little-Women-ish to me (the movie, not the book, because I've watched the former a zillion times and made it all the way through the book no times.) Strong female characters during the Civil War did it I suppose. The author mentioned Mary Sutter's lack of traditional good looks way too many times, but I still really enjoyed the story. Prodded me to read more about the Civil War, since I really liked the last Civil War novel I read also.
- Dollbaby, Laura Lane McNeal (3.5) Standard book club fare, like The Help in a way.  I liked the New Orleans setting but found most of the book to be too plot oriented with not enough depth for me to really become attached.
- When the Emperor Was Divine, Julie Otsuka (3.5) My 16yo son read this as summer reading for his English class this fall.  It was a small one so I read it too.  I was underwhelmed, though I'm sure that the writing style was a big part of that. In an attempt to make it seem like the events could have happened to anyone, I felt detached and not invested. I have yet to read a book about the WWII Japanese concentration camps that really makes me feel for the characters...not sure if that's a cultural distinction or writing style issue.
- Lisette's List, Susan Vreeland (2.5) Oh my, talk about cliche.  This was like Chocolat and Under the Tuscan Sun met the Hallmark Channel and After School Specials. With paintings. I liked her older stuff...didn't I? I don't remember now.
- We Are Not Ourselves, Matthew Thomas (3.5) I'd been excited about this one for a while, based on nothing other than the hint of an Irish family saga. It didn't end up feeling like a saga to me, just a book not edited for length. Plus I really didn't care for the main character, and this ended up being one of the few times where that actually impinged on my enjoyment of the story.

- The Killer Angels, Michael Shaara. I'm not reading this fast enough because I'm so exhausted with unpacking, but it is very very good.
- The Privileges, Jonathan Dee. My current audiobook. I should have known better than to choose something superficial after so much of this month's reading, so we aren't really jiving. I'm currently deciding whether to stick with it or leave it until later.

On My Nightstand:
The books on my nightstand are probably getting worn out of being there, so I'm not feeling very attached to them right now. I'm going to try to do a little Austen in August, and we'll see how the rest of it goes. 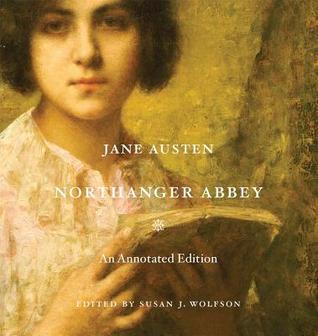